NASA on Friday officially renamed a facility in West Virginia after Katherine Johnson, an African-American mathematician and centenarian whose barrier-breaking career was depicted in the film “Hidden Figures.”

The 2016 film, based on a book released earlier that year, depicted the struggle of Ms. Johnson and other black women for equality at NASA during the height of the space age and segregation. The mathematician tracked the trajectories of crucial missions in the 1960s.

“I am thrilled we are honoring Katherine Johnson in this way as she is a true American icon who overcame incredible obstacles and inspired so many,” Jim Bridenstine, the administrator of NASA, said Friday in a statement. A dedication ceremony is to be held at a later time.

The newly renamed facility, which is in Fairmont, W.Va., will now be known as the Katherine Johnson Independent Verification and Validation Facility. The program housed at the facility monitors the software used to track high-profile NASA missions, according to the agency’s website.

“So happy and proud to see Katherine Johnson’s legacy cemented,” Senator Shelley Moore Capito of West Virginia said on Twitter, noting the significance of the honor during Black History Month.

President Trump signed the measure to rename the facility after Ms. Johnson in December after Congress passed a bill introduced by Senator Capito to do so, according to a NASA spokeswoman. 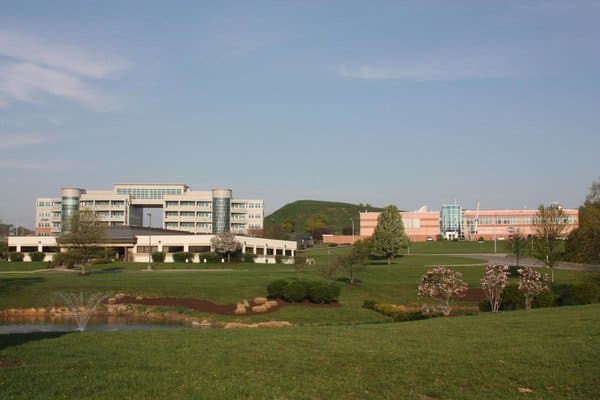 Ms. Johnson, who turned 100 in August, “remains in awe and honored by” the accolades she has received, Joylette Hylick, one of Ms. Johnson’s daughters, said on Friday. Ms. Hylick said her mother “can’t imagine why people would want to honor her for just doing a good job.”

NASA’s decision to name the facility for Ms. Johnson is not the first time she has been celebrated on the national stage. In 2015, President Barack Obama awarded her the Presidential Medal of Freedom, the nation’s highest civilian honor.

Ms. Johnson was not always respected. Called “colored computers,” she and other black women who worked in NASA’s computing pool more than a half-century ago were separated from their white colleagues while they calculated trajectories for the Apollo missions and other programs. Ms. Johnson tracked the orbits of certain major missions, including Alan Shepard’s Freedom 7 in 1961 and John Glenn’s Friendship 7 in 1962, the agency said.

“Hidden Figures,” the book about Ms. Johnson and other black women’s fight for equality in the workplace, increased awareness about her status as a trailblazer. The film of the same name received three Academy Award nominations.

“The thrilling thing to me about the book, and the movie, is this is an American story that we’re getting to see through the faces of these women,” Margot Lee Shetterly, the book’s author, told The New York Times in 2016.

Ms. Johnson even made an appearance at the 2017 Oscars ceremony, where Taraji P. Henson, who portrayed Ms. Johnson in the film, called her a “true NASA and American hero.”

Ms. Hylick said that her mother was living comfortably and was humbled by the recognition. She added that she hoped the dedication would inspire others in the future, beyond Black History Month.