Lunch and Fellowship with David Hildebrand 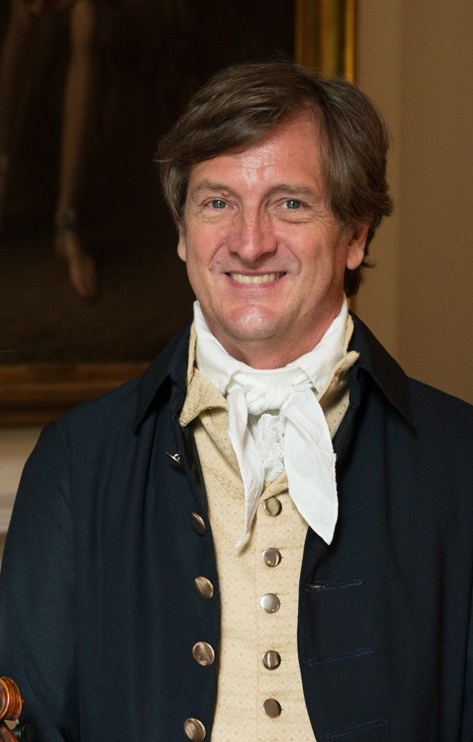 Details: Please join us for lunch and compelling discussion with a member of the 2016-2017 class of fellows as he presents his findings at the Fred W. Smith National Library for the Study of George Washington on Wednesday, October 26, 2016. A boxed lunch will be provided.

David Hildebrand will discuss the results of his project Interpreting Washington through Music: Continued Studies of Sources and Applications.

Hildebrand is a specialist in early American music. He is an active researcher who performs and lectures at museums, historical societies, and universities, mostly in duet with his wife Ginger. He earned his B.S. from Dickinson College and M.A. and Ph.D. (both in Musicology) from George Washington University and The Catholic University of America. He teaches American music history at the Peabody Conservatory and is an author for the Johns Hopkins University Press. David has appeared on C-Span Television, the BBC radio, NPR, “History Detectives,” and the documentary film Anthem, which is the story behind The Star-Spangled Banner. His recordings include George Washington: Music for the first President, Over the Hills and Far Away – Being a Collection of Music from 18th-Century Annapolis, and, most recently, Music of the War of 1812.