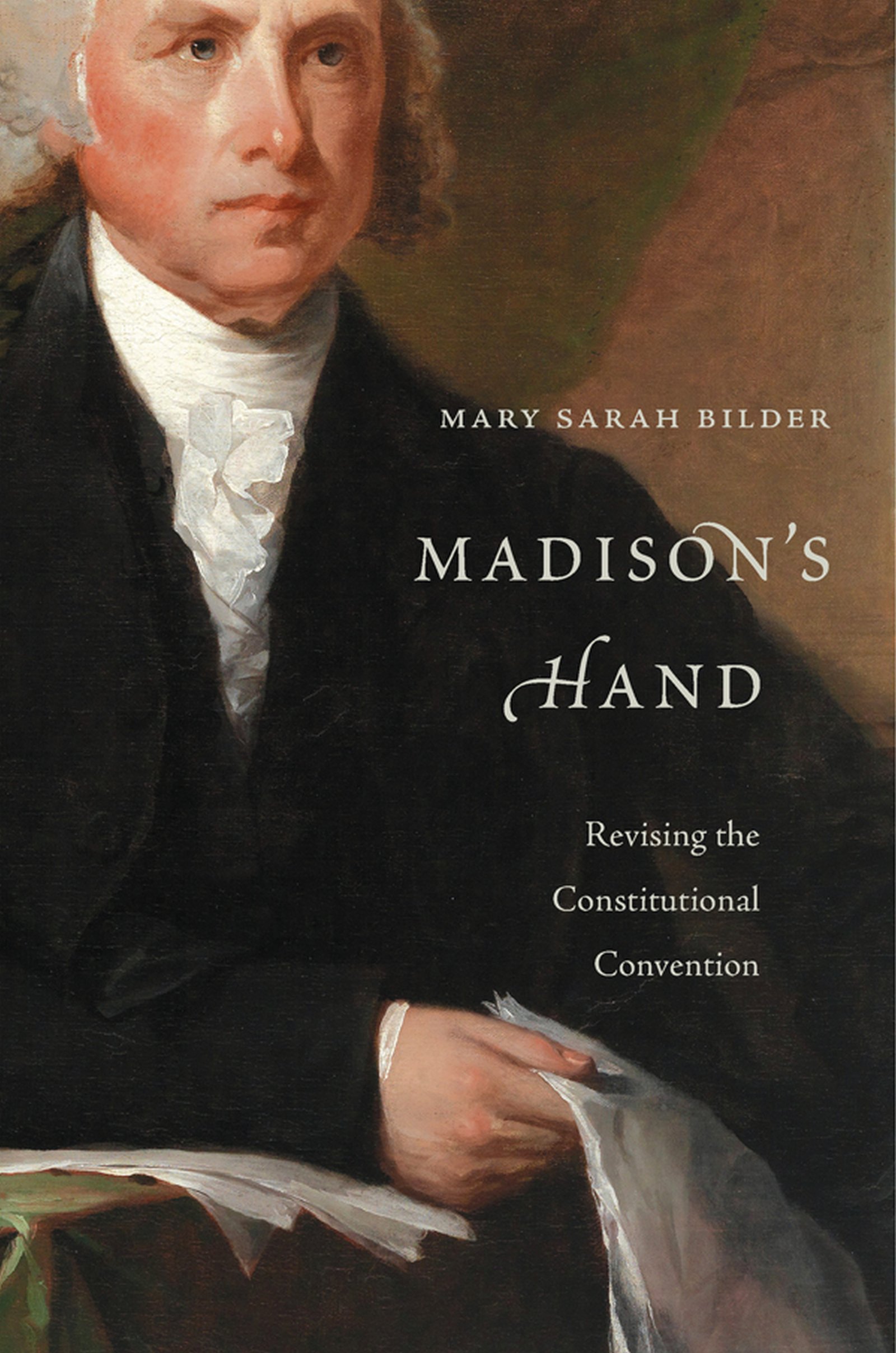 James Madison’s Notes on the 1787 Constitutional Convention have acquired nearly unquestioned authority as the description of the U.S. Constitution’s creation. No document provides a more complete record of the deliberations in Philadelphia or depicts the Convention’s charismatic figures, crushing disappointments, and miraculous triumphs with such narrative force. But how reliable is this account?

In an unprecedented investigation that draws on digital technologies and traditional textual analysis to trace Madison’s composition, Mary Sarah Bilder reveals that Madison revised the Notes to a far greater extent than previously recognized. The Notes began as a diary of the Convention’s proceedings. Madison abandoned the project at a critical juncture, however, and left the Notes incomplete. He did not return to finish them until several years later, largely for Thomas Jefferson. By then Madison’s views were influenced by the new government’s challenges and Jefferson’s political ideas. Madison’s evolving vision of republican government, his Virginia allegiances, his openness to constitutional protection for slavery, his fascination with the finer points of political jockeying, and his depictions of Alexander Hamilton and Charles Pinckney shifted during the writing and rewriting of his account. When the Notes were finally published in 1840 the layers of revision were invisible.