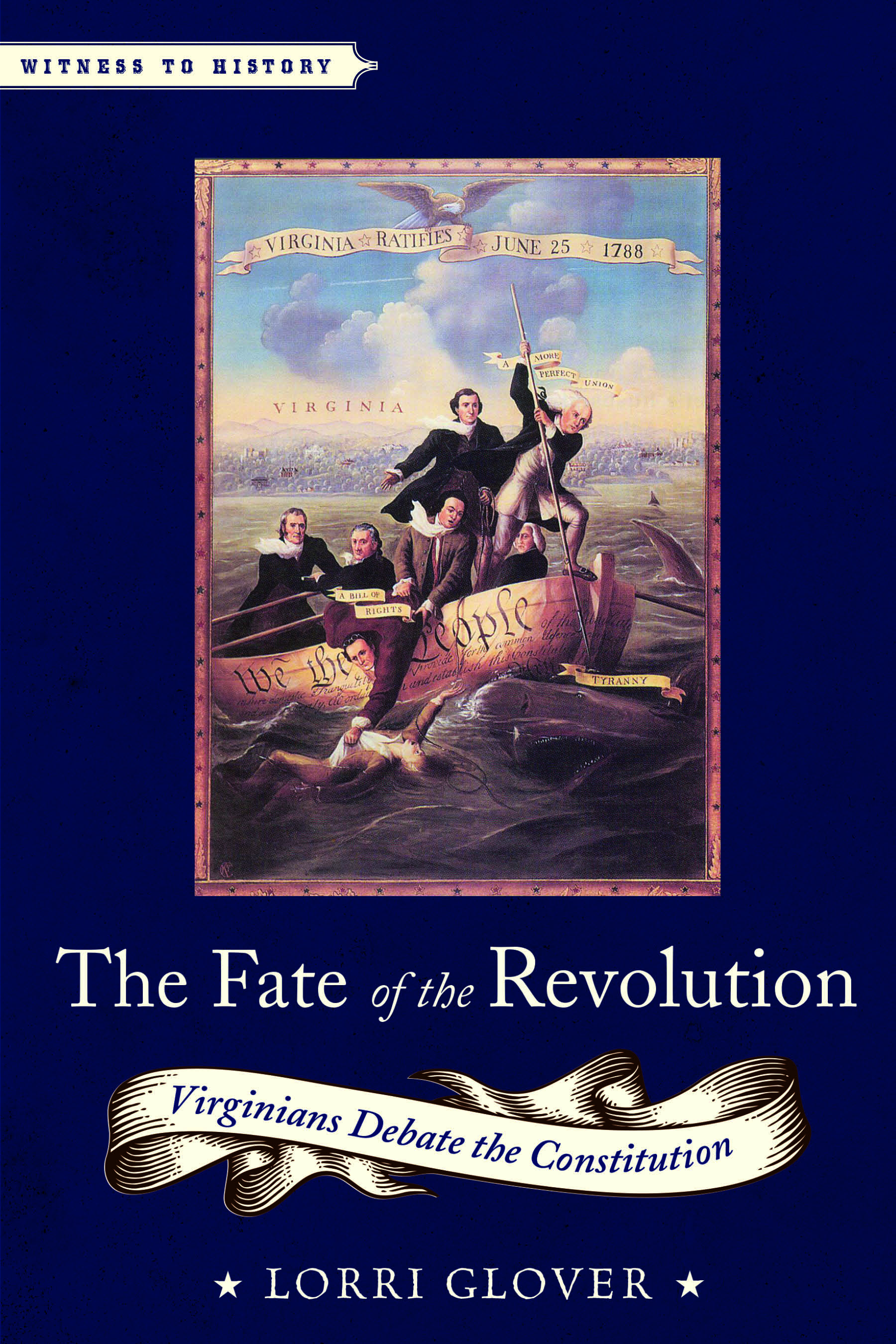 Details: Mount Vernon welcomes author Lorri Glover to the David M. Rubenstein Leadership Hall to discuss her book The Fate of the Revolution: Virginians Debate the Constitution on Thursday, October 20, 2016.

The Fate of the Revolution explains why Virginia’s wrangling over ratification led to such heated political debate. Beginning in 1787, when they first learned about the radical new government design, Virginians had argued about the proposed Constitution’s meaning and merits. The convention delegates, who numbered among the most respected and experienced patriots in Revolutionary America, were roughly split in their opinions. Patrick Henry, for example, the greatest orator of the age, opposed James Madison, the intellectual force behind the Constitution. The two sides were so evenly matched that in the last days of the convention the savviest political observers still could not confidently predict the outcome.

Mining an incredible wealth of sources including letters, pamphlets, newspaper articles, and transcripts, Glover brings these remarkable political discussions to life. She raises the provocative, momentous constitutional questions that consumed Virginians, echoed across American history, and still resonate today. This engaging book harnesses the uncertainty and excitement of the Constitutional debates to show readers the clear departure the Constitution marked, the powerful reasons people had to view it warily, and the persuasive claims that Madison and his allies finally made with success.